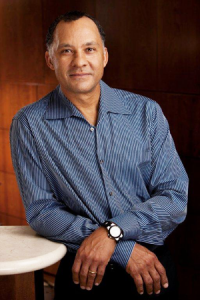 Dr. Delgado was privileged to train at some of the most prestigious institutions in the country. He graduated with honors from medical school at University of California San Francisco in 1982 and continued with internship and residency at John Hopkins University teaching hospital in Baltimore, Maryland. He went on to complete a plastic surgery residency at Stony Brook University Medical Center in East Meadow, New York.

As a plastic surgeon, Dr. Delgado joined the staff of Kaiser Permanente Medical Group in San Rafael in 1988. In 1989, Dr. Delgado left Kaiser to open a private practice in Novato, adjacent to the original Novato Community Hospital on Hill Road. When Novato completed a new hospital facility on Rowland Way in 2001, Dr. Delgado joined many other Novato physicians in moving their practices to the new campus. It was on the new Novato Community Hospital campus that Dr. Delgado chose to open Marin Cosmetic Surgery Center. There he could provide his surgical patients, not only with private, concierge care in a state-of-the-art surgical facility, but also with that extra measure of safety and reassurance based on the surgery center’s contiguous location to a full service hospital.

For the convenience of his patients based in San Francisco and points south, Dr. Delgado opened a second office in 1994 at 450 Sutter Street, one block from Union Square. Although surgeries are scheduled at his Novato surgery center, Dr. Delgado provides consultations, office procedures, pre-operative appointments and post-operative follow-up care at both his Novato and his San Francisco offices.

Dr. Delgado’s Marin Cosmetic Surgery Center has been honored by notable visits from the media, including the BBC (British Broadcasting Company), Discovery Australia and Fox News, all of whom have filmed documentaries that have been broadcasted throughout the United States and abroad. As a result of this national and international exposure, particularly with Gynecomastia and Mommy Makeover procedures, Dr. Delgado and his staff have had the pleasure of serving patients from all regions of the United States, as well as from far points around the world. Patients have traveled from Alaska, Hawaii and the East Coast, as well as Canada, Australia, Europe, Thailand, Pakistan and Afghanistan, to have Dr. Delgado perform their surgical procedures.

Not only have patients come great distances to see Dr. Delgado, but Dr. Delgado has traveled as far as Central America to volunteer his surgical skills and expertise to aid economically disadvantaged and underserved populations. Dr. Delgado and anesthesiologist Randy Gaynor, MD, were part of a Faith in Practice surgical team to Guatemala where they performed life changing operations for patients suffering from disfigurements caused by burns as well as birth defects, including cleft palates and lips.

Dr. Delgado takes great pride in his plastic surgery specialty and constantly strives to keep abreast of the latest, most advanced techniques in order to offer his patients the best options available. Though always eager to embrace new technology, he is also conservative and cautious by nature. Any new approach or device must pass the test of time before Dr. Delgado will incorporate it into his practice. Likewise, Dr. Delgado has great respect for the inherent risks of any surgical procedure, including the anesthesia risks. He is particularly conscientious in screening potential surgical candidates. Before clearing a patient for surgery, he carefully evaluates his or her medical history, performs a pre-operative physical exam and reviews laboratory and other test results.

One quality that sets Dr. Delgado apart from many other surgeons is his passion for patient satisfaction. He is known by those who work with him for his propensity to go the extra distance, even at his own expense, to please a patient and deliver the results that will fulfill the patient’s hopes and expectations. Never one to brush off a patient’s concerns, Dr. Delgado takes the time to listen to his patients and address any issues they may raise to the full extent of whatever is possible and professionally reasonable.

Originally from Columbus, Ohio, Dr. Delgado currently resides with his wife and their two children in Novato. He is an accomplished gourmet cook with his barbequed ribs, paella and homemade pizzas being legendary among his family, friends and staff members. Over the years, he has become a connoisseur of fine wine and has recently ventured into growing his own chardonnay and pinot noir grapes. Delgado Family Vineyards wines have been showcased at charity fundraising functions, such as those supporting medical mission work.

Dr. Delgado is a person who loves his chosen profession and this fact is reflected in the exceptional quality of his work. Likewise, his personal and professional integrity, his humility and his love of life have enabled him to attract and retain a loyal and competent staff that continues to support him in providing superior plastic surgery service

Back to top
mobile desktop