Do Breast Implants Have to be Replaced After 10 Years? 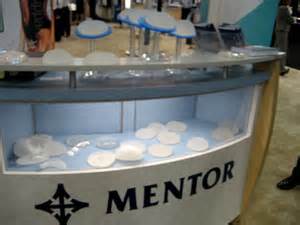 San Francisco, CA-Breast augmentation has been the number one cosmetic surgical procedure since 2006, according to the American Society of Plastic Surgeons. The evolution of the breast implant has changed dramatically since it was first introduced about 50 years ago in the 1960’s.

The first generation of breast implants introduced was a Cronin-Gerow implant in 1963. It was a tear drop shaped implant filling a silicone rubber envelope with a viscous silicone gel.

The 1970’s brought the second generation of breast implants, which had a thinner shell and low cohesion silicone gel filler, improving the size, look and feel of the implant. The second generation implants proved to be fragile with high rates of rupture and “gel bleed” where the silicone actually leaked through the shell, causing increased incidents of medical complications.

In the second technological stage, a polyurethane foam coating was used on the implant to reduce the incidence of capsular contracture. The third technological development was the double lumen implant which as a silicone implant inside a saline implant but the complex design proved to have a greater failure rate than the single lumen implant.

The 1980’s brought the third and 4th generation of implants with continued advances in technology that further reduced gel bleed and increased the cohesive gel.

The mid 1990’s brought the fifth generation of silicone breast implants that were made of a semi-solid gel practically eliminating filler leakage, with improved safety and lower rates of capsular contracture and device shell rupture.

In 1992, the FDA placed a moratorium on silicone implants allowing only women needing breast reconstruction or breast revision surgery to have them until further studies could prove their safety.

The breast implant manufacturers conducted many clinical trials, and in 2006, the FDA lifted its restrictions on silicone implants for women 22 years of age and older. The FDA does recommend that women have periodic MRI screenings to rule out “silent leaks”.

The manufacturers give a lifetime warranty on their implants should they deflate or rupture due to a malfunction of the implant. If this should happen within 10 years of the implantation, the manufacturers also give some monetary compensation to the patient to help offset the breast implant costs of surgery. This warranty has caused some confusion for women as to the life of their implants. Some believe that, after 10 years, they must have their implants replaced. This is not the case.

Napa, California – A 35-year-old resident of Napa, California who presents to the Novato office in Marin County for breast revision surgery. Her initial breast augmentation was with 300cc normal saline implants and developed early breast contracture and mal-position on her.

It is true that breast implants are not lifetime devices and most women will have to have them replaced once and maybe more in their lifetime. As a general rule of thumb, 10 years is the average that women may need to have some type of revision surgery.

There are several different scenarios where a woman may need to have breast revision surgery, most commonly it may be a deflation or a rupture or capsular contracture. Sometimes revision is needed if the implant has shifted its position or a woman may desire to change the size of her implants. In addition, a need for revision could be the development of a “double bubble” where the implants rests below the natural crease of the breast or the implant has “bottomed out” where the nipple is sitting too high on the breast. Women’s breasts change after pregnancy and childbirth and/or with weight fluctuations causing many to need a breast lift. See before and after pictures of breast implant revision surgery cases of Dr. Delgado’s here.

Women who are not having complications do not need to have their implants replaced, and for some lucky women this may never happen. Women who are planning on having breast augmentation need to assume that they will need revision surgery at least once in their life. It is strongly recommended that women have periodic visits with their plastic surgeon to maintain the health of their breasts.

previous post The Male Facelift, Hiding the Incisions
next post How Can I tell if My Breast Implants are Ruptured or Deflated?
Back to top
mobile desktop